Hood Canal Real Estate, Hood Canal Properties, Hood Canal Homes, Hood Canal Lots, http://www.hoodcanalliving.com
When the couple, both 26, met with a mortgage specialist in December 2013, they found out Biethan would need to improve his score in order for them to get pre-approved for a mortgage. In fact, neither of them knew their credit scores before meeting with the banker, but they were ready to buy their first home after living in Seattle for about six years.
"We found out, OK your credit score really affects your interest rate," Kapelke says. Biethan worked to improve his score over the past year, and the two revisited homeownership in the fall. They closed on a townhouse in West Seattle last month.
With rents rising into unaffordable territory, housing inventory up and mortgage rates hovering below 4%, 2015 may prove to be the year of homeownership for millions of Millennials. Real estate website Zillow predicts Millennials will overcome Gen X as the largest group of home buyers this year — more than half of 18- to 34-year-olds said they plan to buy a house in the next one to five years, according to a survey by Zillow last summer.
But after putting away enough savings, the biggest hurdle for Millennial buyers may be the learning curve that comes with understanding the process, as well as a host of new financial terms, trade-offs and commitments to consider.
It's a stressful process, especially when you've never done it before, recent first-time Millennial buyers say. Kenny Coleman, 25, bought his first place — a loft-style apartment in Cincinnati — in December. He says the first bank he went to for a mortgage wasn't good at explaining the financing process to a first-timer. "They used all this jargon," he says. "And they're talking about all these different insurances." Coleman, who says the process took him from "complete idiot to pretty well versed" in a matter of weeks, ultimately went to a different bank that was willing to give him a fixed-rate mortgage instead of an adjustable-rate mortgage.

Alternative Energy and Your Home

We all appreciate electricity -- each one of us uses it in some capacity every day. Heating and cooling our homes is one of our top priorities, not only for our comfort but also for our safety. In recent years more and more information about alternative and green energies has become available to consumers. Green or alternative energy is energy that is produced from renewable resources: wind, water, or sunlight. Here are some of the most-readily available options for alternative energy systems offered to home buyers right now: 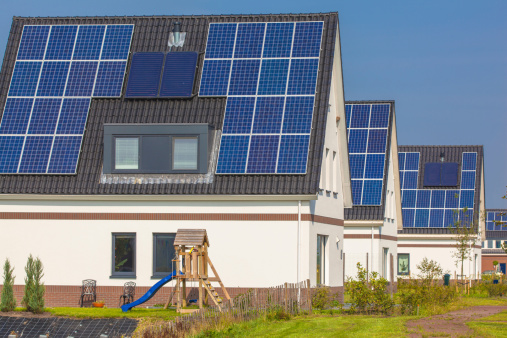 Solar power is "the power obtained by harnessing the energy of the sun's rays." This is done through solar panels and photo voltaic cells on the panels, which convert the sunlight into usable energy. Solar power is the most common and popular option for homeowners looking to take the first step toward alternative energy. Solar uses the power of the sun, so this option is best for homes or properties located in areas where sunlight is strong year-round. There are three types of solar panel systems: On-Grid Battery Systems, which are connected to the grid but also contain batteries that can store excess energy; On-Grid Systems without batteries – these are more simple and easier to install, but if the power goes out in the area the system will shut off; and Off-Grid Systems, which are not tied to the electricity grid and generate all their power independently.
At the current moment, solar power accounts for three-tenths of one percent of the total energy consumed in the U.S. (instituteforenergyresearch.org/). For those who live in year-round sunny climates – California, Arizona, Hawaii, etc. – a solar panel system can pay for itself in as little as three years (judithcurry.com). 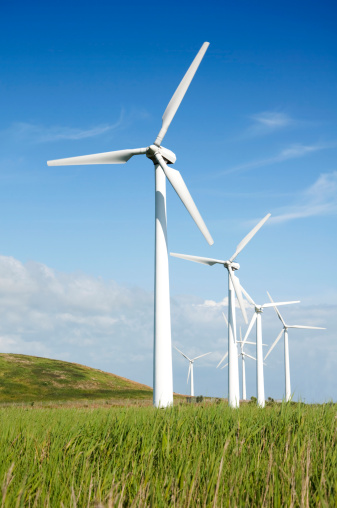 Another popular alternative energy option that has been seen throughout the U.S. is wind power. Wind power is the "power obtained by harnessing the energy of the wind." Modern wind power uses wind turbines to harness wind's kinetic energy, which is then turned into electricity. There are different types of wind power: Utility-scale, which are the large wind turbines seen on the side of hills-- these are larger than 100 kilowatts and deliver electricity directly to the power grid; Distributed, which are smaller turbines, 100 kilowatts or less, and these deliver electricity directly to a home or small business. There are also offshore wind turbines, but these are mostly found outside the U.S. At the current moment, the U.S. receives about 4.1 percent of its electricity from wind power (www.awea.org/).
Wind power is an excellent option for those who live in areas where there is a good source of wind all year long. Initially, wind power systems can be expensive, and the turbine prices vary depending on the type, manufacturer and the area you live in. Many people look to the advantages of wind power over the initial investment – utility bills are cut and the homeowner has control of knowing how his/her energy is generated, and there are generally federal tax credits available to those who buy a wind power system. 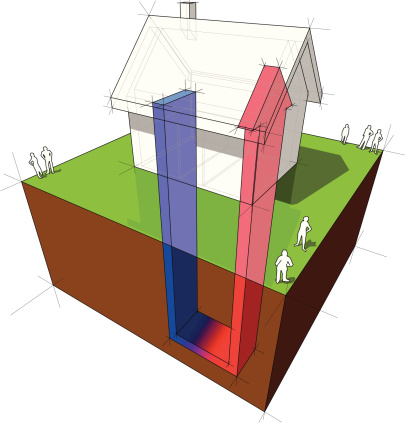 Geothermal power is "the heat from the Earth." Geothermal power takes advantage of the earth's natural heat. Geothermal energy is harnessed in two ways: tapping extremely hot temperatures via steam at great depths, or the use of moderate temperatures at shallow depths (http://instituteforenergyresearch.org/). In almost all parts of the U.S., the shallow ground (upper 10 feet of the Earth's surface) maintains a nearly constant temperature of 50 to 60 degrees Fahrenheit. To use this naturally occurring heat, consumers can install a geothermal heat pump. The pump utilizes air or antifreeze liquid in pipes. The liquid or air is pumped through the pipes, which are buried underground, and comes back into the building. In summer, when the temperatures are hotter above ground, the liquid or air moves heat from the building into the ground; in the winter, when temperatures are colder, the pipes pump pre-warmed air or liquid into the building. Geothermal power is also a renewable energy that can supply continuous power (www.ucsusa.org/)
Geothermal systems can be expensive to set up, with estimates into the low $40,000s. There are tax credits available, which can cover 30% of the total cost of a new geothermal system. Geothermal systems last about 20 years before needing new parts, and over the course of a 20 year lifespan, these systems can save homeowners upwards of $60,000 in electricity costs (www.esquire.com/).