Hood Canal Real Estate, Hood Canal Properties, Hood Canal Homes, Hood Canal Lots, http://www.hoodcanalliving.com
Interest Rates Move Up From New Lows:  Freddy Mac reported that last week’s30 year fixed rates dropped to 3.620% with a .7 discount fee. This is a low point going back to May of 2013 when rates moved up from historic low points over the 50 previous 50 years. I have reviewed the factors that have moved rates lower in previous issues and those same factors are in place today. One of the more recent factors is strengthening of the US Dollar. This has made US based assets more valuable when compared with global assets. The value Euro has moved from about $1.40 dollars to about $1.150 dollars over the last year. It appears that this trend will continue. The increased value of US based assets makes our bonds more attractive, that attracts more buyers and that lowers rates. The other factors that keeping rates down are: very low inflation rates, a stock market that seems to be topping out, European and Asian economies are slowing and the Fed continues to buy mortgage bonds through their reinvestment program. This week interest rates moved off low points after the European Central Bank announced their program to purchase European assets. This gave European stock markets a boost and drew some money out of US bond assets. For now it looks like interest rates will stay in the new range which has 30 year fixed rates just below 4.000%. There are many who believe rates will move lower as economic activity around the world is less than robust.
Real Estate Miscellaneous Stats
2014 Existing Home Sales End Strong:  After a year of slowing activity Existing sales rebounded in December. If we annualize the December numbers it would be a pace of over 5 million sales per year. Total sales for 2014 were 3.1% below sales levels for 2013. Sales activity increased last year after inventory improved during the summer. Inventory did tighten by the end of the year after the increased pace in sales had its affect. First time home buyer activity remained low with numbers around 29% it was the lowest level in 30 years. 26% of all sales were cash which is still a major part of the market. 11% of sales were distressed in 2014 which is down from 14% in 2013.
Home Sales Hit Lowest Level for 6 Months in November:  The NRA released existing home sales numbers for November and all reqions of the country showed slowing activity. It appears that 2014 will be slower than 2013 after a 3 year rally in Real Estate. There have been fewer distressed sales than in 2013 and first time buyers are below the traditional 40% level at 31%. Zillow predicts home sales will rebound higher in 2015.
Lenders Reluctant To Quote Rates To Self-Employed Borrowers: A new Zillow report indicates that self-employed borrowers have a more difficult time identifying lending options. They report that self-employed receive 40% fewer loan quotes primary due to lower credit scores.  "Self-employed borrowers will no doubt face headwinds when trying to get a loan. Low credit scores, coupled with a mountain of paperwork lenders must complete specifically for self-employed borrowers, make them unattractive," said Zillow Vice President of Mortgages Erin Lantz. "So, despite self-employed borrowers with high incomes appearing on paper to be better situated to repay their loan, they're often overlooked by lenders. In cases like this, it really pays to shop around." The report goes on to say that self-employed borrowers typically have higher household incomes, Zillow reports that their incomes are 81% higher on average. They also place larger down payments and buy more expensive homes. The down side is they are twice as likely to have credit scores below 680. These factors were the motivation behind RPM’s ‘Tailored Product Line’. There are 4 different products that are targeted at self-employed borrowers. They allow credit scores as low as 660 and loan amounts as high as $4 million. These products offer truly unique solutions to challenges faced by your self-employed clients.
FHA Makes Positive Changes for 2015:  We start the year with some good news from FHA. It has been pretty much negative changes to FHA over the last few years as HUD has had to make changes to keep the program solvent. The rash of foreclosures during the Great Recession depleted the FHA reserve fund so FHA was forced to dramatically increase their mortgage insurance premiums. This has made FHA loans much less affordable and did not compare well to comparable conventional loans. FHA has just reversed course and lowered the annual MI premium by .50%. This will lower the monthly payment for FHA borrowers. They also announced a max loan amount increase for our area up to $517,500. Good news also as prices have increased.
Fannie Mae and Freddy Mac Increase Loan Limits and Relax Lending Standards: Recently Fannie and Freddy made announcments clarifying policies regarding ‘reps and warrants’ for lenders. This has reduced uncertainty for mortgage banks regarding their risk of having a loan rejected by the GSE’s. This should loosen up underwriting at many banks. Now they have added to the good news by announcing a loan limit increase to $517500

New Year To Dos for Your Home

With the start of a new year, it's always a good idea to assess your home and its needs. Taking stock of appliances, home systems, and other items that make a house a home will help guide you to home improvements needed, appliances that may be near the end of their lives, and any other updates that can help to boost your home's worth. Listed below are major home systems to evaluate in the new year to help give you peace of mind. 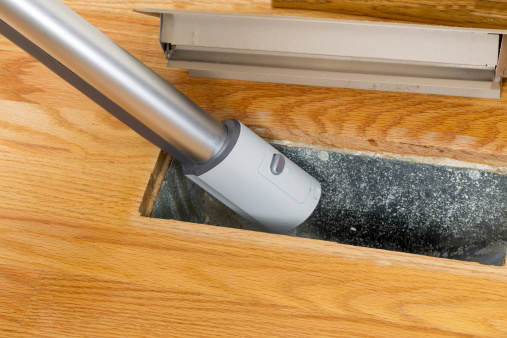 In the winter and summer months a home's HVAC (heating, ventilating, and air conditioning) systems are put to good use. January is the perfect month to replace disposable filters or wash permanent ones in your home's HVAC or humidifier systems. Filters should be regularly replaced or washed when use is high or during peak seasons.
The start of a new year is an excellent time to vacuum all heat vents, especially those that are located on the floor. The vents are overly susceptible to dust, dirt, pet hairs, and other particles that float through the air. Vacuuming heat ducts helps clean your home's HVAC system and can help with any problems brought on by indoor pollutants, mold, pollen or anything else that finds its way into an air duct. Vacuuming has also been known to help with any heating or cooling issues related to clogged air ducts. January is also a good time to check for any leaks in your home's forced air heat ducts. If any are found, seal the leaks with duct tape. 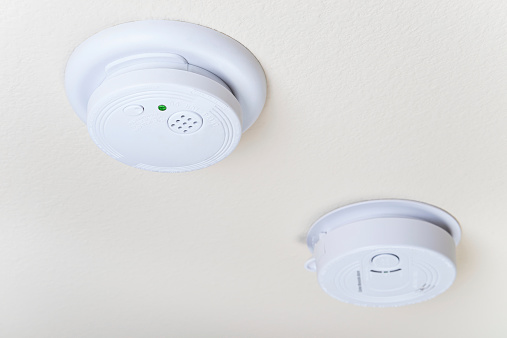 Very few homeowners actually have to use a fire extinguisher; many times these important tools get overlooked for maintenance. January is a great time to inspect and charge any working fire extinguishers you may have in your home. Fire extinguishers should also be placed in all accessible areas of the home where fires are more likely to occur: kitchens, garages or areas that house furnaces, boilers, fireplaces and stoves. 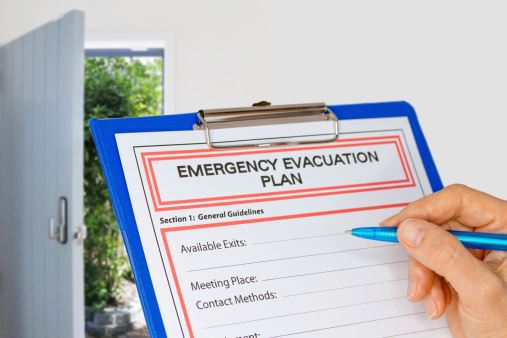 Do you have a plan in place in case of a fire in your home? January is the perfect time to form a fire evacuation plan. Go over the plan with anyone who might live with you, and if you have kids dedicate a time to have a practice fire drill. Should your home's bedrooms be on a second or third floor, invest in a fire escape ladder, many of which can be found at your local hardware store.

With winter setting in, finding the weak points in your home will not only help keep your home warm, but it will also help cut down on heating bills. Identify any windows that may have broken seals by looking for condensation on the inside of the window. Examine electrical outlets throughout your home for any drafts, and insulate those that may be letting in cold air. 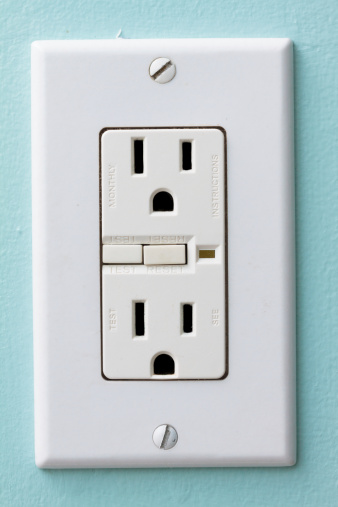 Ground fault circuit interrupters (GFCI) are a must have in your home. These special outlets protect people from electric shock by monitoring the amount of current flowing through the outlet. If there is an imbalance of current, the outlet trips the circuit of the appliance, cutting off the electricity. You can test GFCI outlets with a circuit tester that has its own GFCI test button. GFCIs do wear out, and their lifespan is about 10 years. Replace GFCIs that no longer function properly -- these outlets save thousands of lives each year.
Many homeowners have home safety and preparedness at the top of their priority list, and the New Year stands as the perfect time to discover what improvements and fixes your home will need in the coming months. Other items to look at in a new year:

Preventative maintenance will not only save you money and keep your home safe, but houses that do not keep up with maintenance have been known to lose up to 10% to 12% off their appraised value. The US Census has estimated that annual maintenance can cost between 1% and 3% of a home's initial costs dependent upon the geographic location of the home. With the New Year, getting a head start on yearly to dos, and anticipating yearly maintenance, will put you ahead of the issues and have you prepared for any upcoming and unforseen fixes.