Now is a great time to invest in a rental

Low home prices and low interest rates make this a great time to become an investor. These 5 tips will help you get started.

What's more, the real-estate market is starting to recover: U.S. houses lost $489 billion in value during the first 11 months of 2009, but that was significantly lower than the $3.6 trillion lost during 2008, according to real-estate website Zillow.com.If you're thinking about investing in a rental property, experts say low home prices combined with low interest rates make this the best time in years to become a real-estate investor.
"We haven't seen home prices this low in so many years, coupled with the rates being so low," says Jill Sjolin, an agent with Windermere Real Estate in Woodinville, Wash., who specializes in investment properties. "When the money is cheap to borrow and the houses are cheap to buy, it's absolutely the best time to invest."
While the timing may be right, these five tips can help first-time investors take advantage of what might be the opportunity of a lifetime.
Know your options. Since not all investment properties are the same, it's important to determine what type of property fits your strategy, says Harrison Merrill, chief executive officer of Merrill Trust Group, a real-estate investment company based in Atlanta. Do you want to become a landlord, or would you rather restore and resell properties? Are you interested in apartment buildings and other commercial real estate, or in buying land that can be developed? First-time real-estate investors may want to start with residential housing, since commercial real estate and land development still face challenging market conditions, Merrill says.
Partner with experience. First-time investors should find a real-estate agent experienced in investment property deals who can help you locate promising properties. "Look for relational brokers who expect to do business with you again and therefore are going to be much more careful with what they recommend," Merrill says. A second option is to collaborate with a more experienced real-estate investor and close a deal together. In this economy, an experienced real-estate investor may be willing to work with you in exchange for the capital you can provide, giving you the opportunity to glean investment knowledge and experience firsthand, Merrill says.
Even if you don't collaborate with other real-estate investors, talk to them about pitfalls they've experienced. "Go down to the general district court in your area and listen to some landlord/tenant cases so you can get a sense of what kind of challenges landlords face," says Jeffrey Taylor, author of "The Landlord's Kit."
Look for the right location. If you buy a property with hopes of renting it out, location is key. Homes in high-rent or highly populated areas are ideal; stay away from rural areas where there are fewer people and a small pool of potential renters, Sjolin suggests. Also, look for homes with multiple bedrooms and bathrooms in neighborhoods that have a low crime rate. "Renters gravitate to a safe neighborhood, and if they have kids, they will want a good school district," Sjolin says. Also think about potential selling points for your property. If it's near public transportation, shopping malls or other amenities, it will attract renters, as well as potential buyers if you decide to sell later. The more you have to offer, the more likely you are to please potential renters, Sjolin says.
Have capital lined up. Speak to potential lenders or even a financial planner about whether you have enough assets to handle the ups and downs that could come with investing. Even if you plan to rent out the property, count on paying the mortgage whenever there's a vacancy. "If you can have about six months of mortgage payments saved up, it's there if you need it, and you can use that money for repairs," Sjolin says. Even if you're planning to fix up a home and sell it, you may end up holding onto it for several months in the current market, Sjolin adds.
Build a supporting cast. Don't wait until a rental property needs repairs to find someone to handle them. "Line up maintenance individuals who can take care of the different challenges that occur so you can simply call the person when a particular issue comes up," Taylor says. Other sources you may want to have relationships with are an attorney to consult with on tenant issues, a property management firm to handle the day-to-day rental affairs and an accountant to help you understand the tax ramifications of investing. The more support you have, the better you will be able to handle the problems that come your way.
Whatever you do, understand that buying investment property is an entirely different experience than buying your primary residence. "When you go to buy your own home, you usually have emotions in it," Sjolin says. "When you go to buy an investment property, you need to put all that aside and ask, 'What makes sense?'"
This article has been brought to you by: By Tamara E. Holmes of Bankrate.com

Hood Canal Real Estate, Mortgage and the Economy.  www.hoodcanalliving.com
The graying of America has hit home — in its kitchen cabinets, bathroom counters and bedroom walls.
The white-on-white look has had a lock on home interiors in recent years but is becoming passe, tastemakers have decreed.
In its place, various shades of gray are gaining ground, or so some authorities contend. Others are pushing a different kind of neutral, more beige or brown, while still others are going for pastels or something even brighter.
Choosing the colors we live with is more than a question to ponder while standing in front of a rack of paint chips. It's big business.
White's fading domination has left color experts wrestling over the next hot hue — a subject that fuels an entire industry of color prediction and consultation.
"You would never buy meat that is the wrong color," said interior designer and color stylist Mark Woodman, immediate past president of the Color Marketing Group, an influential color-forecasting organization based in Alexandria, Va. "Up to 85% of the consumer decision is based on color."Builders, designers and manufacturers need to know where home color preferences are headed so they can plan products that won't hit the market for months. And unlike a fast-fashion sweater that gets discarded after a season or two, these home-based shades tend to hang around for a very long time.
To come up with 60 hues for a worldwide palette last year, select members of the nonprofit trade organization discussed 3,000 colors, he said. "It's an endless internal research project by forecasters who are fascinated by color and want to make good business decisions."
Color specialists weigh factors beyond beauty such as the state of the economy, the psychology of the times and the tenor of youthful rebellion.
8
"There is a lot of effort, time and money spent on creating new colors," said David Bromstad, who hosts HGTV's "Color Splash."
The interior designer is a creative consultant for DuPont's Corian and Zodiaq brands, helping select colors for kitchen and bathroom countertops that buyers live with for years.
"I am all about using trending colors in your space, but I would keep the cabinets and countertops classic," Bromstad said. "Having a neutral color palette with pops of color throughout, using pillows or throws, is a safer way to go."
Debra Mednick, home industry analyst for market research company NPD Group, said color prognosticators for residential products "have to go pretty conservative to have a wide appeal."
After all, no one wants to relive the avocado refrigerator horrors of an earlier era.

The shower gets more use than the bathtub in many households. That’s why some homeowners are ripping out their tubs completely, creating bigger showers instead.
Extra shower space allows for multiple shower heads, a built-in seat and designs without shower doors, said John Petrie, president of the National Kitchen and Bath Association, in an email interview about current kitchen and bath trends. They can be designed without a threshold — which look more contemporary and are easier for people to use as they get older.
“People really like the bigger showers. They like that there’s elbow room,” said Susie Johnson, a real-estate agent with Coldwell Banker Gundaker in St. Louis. Meanwhile, comments she hears from prospective buyers about whirlpool tubs when walking through a property are often along the lines of: “That’s a nice tub but I don’t take baths,” she said.
Click to Play 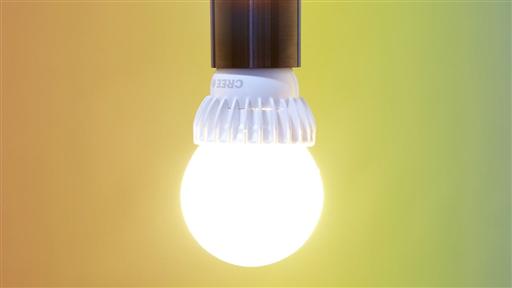 LED bulbs: what to know before you buy

Energy-efficient LED light bulbs have gotten brighter and warmer since the early days of this technology. The best bulbs, although pricey, make colors pop in a way that incandescents can’t.
Now, keep in mind that a home should still have at least one bathtub, Johnson added. Having a tub will be important at resale for some buyers, particularly those with small children. For high-end homes, buyers expect a shower and a separate bathtub, especially in the master bath, she said.
One other possible consideration before ripping out a bathtub is how it will be viewed by multiple-listing services when you’re selling the home. Realtor.com, for example, defines a “full bathroom” as having a toilet, a sink and a bathtub. A room with a toilet, sink and shower is a “three-quarter bathroom.” A room with only a toilet and sink is defined as a “half bathroom” or “powder room.”
Hood Canal Real Estate, Mortgage, and the Economy - www.hoodcanalliving.com
Hood Canal Living, Hood Canal Real Estate, Mortgage and Economy 5/17/14

Wow!!! Wonderful Beach Home across from Alderbrook Resort with 100' dock and 30' float! 2 BR, 1 Bath daylight basement home with additional guest room above detached garage, and additional building site further up the lot, with outstanding views. Boat house has power winch and is ready for your watercraft. Detached garage has plenty of room for all your associated water toys. Huge deck, and covered sitting area look over the Canal. 50' of waterfront, with 100' tidelands, included in the sale.
Click here to preview:

Wow!!! Wonderful Beach Home across from Alderbrook Resort with 100' dock and 30' float! 2 BR, 1 Bath daylight basement home with additional guest room above detached garage, and additional building site further up the lot, with outstanding views. Boat house has power winch and is ready for your watercraft. Detached garage has plenty of room for all your associated water toys. Huge deck, and covered sitting area look over the Canal. 50' of waterfront, with 100' tidelands, included in the sale.
Click here to preview:

Despite a slowdown in sales over the past 12 months, home prices in King and Snohomish counties have risen — but by dramatically different amounts in different areas.
By Sanjay Bhatt
Seattle Times business reporter

Click for details on sales activity
READER COMMENTS
HIDE / SHOW COMMENTS
@Mule Train because for people who already own a home, rising home prices / values means their existing investments... (May 3, 2014) MORE
@manicdrummer Supply and demand, rising costs and taxes, taking a risk ( we tend to downplay the risk taking) (May 3, 2014) MORE
It sure would be a refreshing change for the seattle times to inform us as to the housing trends in counties beyond... (May 3, 2014) MORE
Read all 28 comments
Post a comment